Safari Joe is an episode from the original series of ThunderCats. Written by Stephen Perry, it originally aired on October 10, 1985.

Safari Joe, an intergalactic Big Game Hunter, arrives on Third Earth to hunt the ThunderCats. Using his Multi-Barreled Gattling rifle, he captures each of the ThunderCats and imprisons them in cages of Thundrainium, which drain them of their strength. Jaga appears and tells Lion-O of the ThunderCats capture, warning him of Safari Joe's powers. Lion-O falls into the hunter's camouflaged pit, but uses the Claw Shield as a decoy and escapes. Lion-O and Safari Joe make a pact: Lion-O must fight him without the Sword of Omens and he will release the ThunderCats. Lion-O cleverly lures Safari Joe to the Cats' Lair basement where he and Snarf spook Safari Joe into a cowardly surrender. Panthro reprograms Mule, Safari Joe's robot, giving him a positive work directive.

Safari Joe, who covers up his insecurity and cowardice with a false bravado, is exposed as dishonest and dishonorable when he changes from being the hunter to being the hunted. He cannot admit to himself and others the truth about himself. In this episode, it is shown that even the ThunderCats have strengths and weaknesses, just like we do. Being honest with ourselves about our abilities and accurately appraising them allows us to be open, honest and truthful in our representing ourselves to others. Friends respect one another more when each is truthful and realistic in one's self-appraisal. Having a weakness is not cause to cover up and be deceitful in relating to others. No one is perfect and we all have both strengths and weaknesses.

The silence in the forest is shattered when a massive spaceship makes a landing in the clearing. The ship belongs to the supreme big-game hunter in the entire galaxy, Safari Joe who, after having triumphantly pursued and hunted AquaCats, BigCats, and SkyCats, has arrived on Third Earth to hunt the ThunderCats. His sole companion is the robot Mule, who apart from doing a variety of chores for the hunter, also helps Safari Joe learn all about his prey via the Holojector.

Unaware of Joe's arrival, the ThunderKittens are enjoying themselves, surfing on their Spaceboards. WilyKit appears to have mastered her ride while WilyKat still struggles to maintain his balance. Suddenly, Safari Joe emerges from the bushes and shoots the Spaceboards, shattering them to pieces. The twins fall right into a huge sack that Joe had placed on the ground.

Inside Cats Lair, Lion-O and Snarf's game of "Kick-the-Bucket" is interrupted by Cheetara who informs them that there is a problem. The problem turns out to be the "Electronic Blind", the cloaking device set up by Safari Joe to conceal his spaceship and his camp, right in the middle of the forest that Panthro is unable to see through. When even the Sword of Omens is unable to penetrate through the blind, Tygra and Cheetara volunteer to investigate it first hand.

Meanwhile, Safari Joe has just finished locking up the ThunderKittens in specialized Thundrainium Cages. He then orders Mule to switch on the Holojector in order for him to learn about his next prey. The device starts by displaying Tygra's profile and then Cheetara's while Mule gives a detailed description of their strengths and weaknesses. Without much delay, Tygra and Cheetara reach the forest and Safari Joe jumps into action. He first fires rocket powered cuffs at Cheetara which cling to her arms and legs and keep her floating stationary. Then the hunter turns his attention on Tygra and traps him in a hole filled with water. After locking up his two newest victims, he consults Mule and the Holojector again and learns that his next prey is to be the mighty Panthro.

Panthro arrives at the scene shortly in the ThunderTank but is met with a hail of gunfire from Safari Joe which overturns the tank. Ready to face the rowdy hunter on foot, Panthro takes out his trusty Nunchucks and just as he lunges at Joe, the hunter fires a shot in the sky which transforms into a giant Energy Bat, the only creature that Panthro is afraid. The mighty ThunderCat becomes paralyzed with fear at the sight of the Energy Bat, allowing Joe to encage him also.

Now it is time for Safari Joe to learn about his final and most difficult prey, Lion-O. As Mule is describing the Lord of the ThunderCats' powers, the Eye of Thundera defies analysis and causes the Holojector to explode in flames. Despite not getting a chance to learn about Lion-O's weaknesses, Safari Joe is nevertheless amused at the challenge of hunting him.

At Cats Lair, Jaga's spirit materializes and tells a worried Lion-O all about Safari Joe and how he mangaged to capture all the other ThunderCats. As Lion-O rushes out to free the other ThunderCats, he comes under attack from Safari Joe who was waiting for him right outside Cats Lair. Despite using all of his different ammo, Lion-O manages to counter every one of them. Switching tactics, Safari Joe then agrees to release all the ThunderCats if Lion-O would fight him without the Sword of Omens. Lion-O agrees but as soon as he throws down the sword, Joe reneges on his word and starts shooting. Lion-O leads him into Cats Lair and after a little help from Snarf, succeeds in overpowering Safari Joe.

In the end, the ThunderCats allow Safari Joe to leave as long as he promises to never hunt again. Panthro also reprograms Mule, changing his work directive to ensure that Joe keeps his word. The hunter and his robotic assistant then depart in their spaceship. 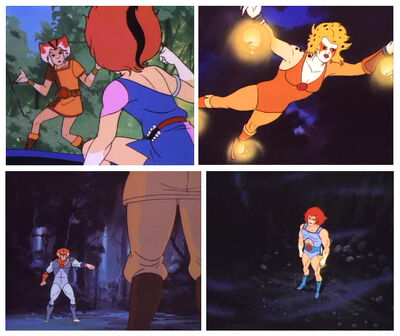 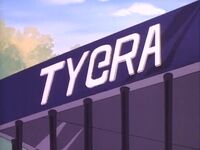 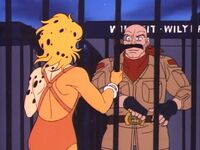 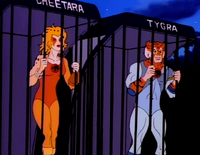 Safari Joe: Ha, Safari Joe does it again! Another perfect landing! Tell me, Mule, can I hit a target or what? With spaceships, with weapons, my aim's always perfect! And that's why I'm the best big game hunter in the galaxy!
Mule: You're a living legend, Safari Joe!
Safari Joe: These big cats you've found for more better be a decent challenge.
Mule: ThunderCats, sir.
Safari Joe: Big cats, aqua cats, sky cats... I've hunted them all!
Mule: You haven't hunted ThunderCats, sir. They're different! We've never encountered life force readings like these!
Safari Joe: Then get to work, you lazy mule! Do I have to set up the holojector myself? I should be watching prey specifications right now! A good hunter knows everything about his prey before moving in for the kill!


Lion-O: (taking away Safari Joe's gun) All out of ammo, Safari Joe? Looks like you ran out of courage too!
Safari Joe: P-please don't hurt me.
Snarf: Yeow! Safari Joe turned out to be a coward? Didn't he Lion-O?
Lion-O: Most bullies are, Snarf. Most bullies are...