ThunderCats is an American animated series that ran from 1985 to 1989. It was produced by Rankin/Bass Productions based on characters created by Ted Wolf. The show consisted of a total of 130 episodes which were split into four seasons.

Ted Wolf had an idea about creating an animated show based on humanoid cats. During the early 1980s, he and his friend Stan Weston (then President of Leisure Concepts Inc. (LCI), presented the proposal to Rankin/Bass, who were a reputed animation company, known for their animated season television specials.

Impressed with Wolf's concept, Arthur Rankin Jr. and Jules Bass, the founders of Rankin/Bass Productions, approved it and production immediately began on "Thundercats".

Acclaimed comic book writer Leonard Starr was hired as the head writer to develop the characters, stories and world of the ThunderCats. Mike Germakian of LCI provided the artwork as well as designing the characters and vehicles. He is the man responsible for creating the iconic Thundercats logo which consists of a black lion head inside n a red circle. Peter Lawrence served as script consultant while Lee Dannacher acted as the supervising producer.

Thundercats was animated using the traiditional "2D cel animation" technique. Since the show was targetted at an American audience, special attention was given to make sure that the look of the show did not resemble "Anime", which was very popular in Japanese animation.

The script writing and voice recordings were done in America and these would then be sent to PAC to be animated. After the animation was done, the completed episode would be sent back to America to be broadcast.

The music for Thundercats was scored by American composer, Bernard Hoffer. He composed and recorded a number of leitmotifs for each of the main characters, vehicles and locations as well as for certain situations. These "themes" utilised a number of different but distinct musical instruments in order to make each theme as unique as possible e.g "Cheetara's Theme" is played mostly on flutes whereas "Tygra's Theme" consists of mostly trumpets.

The lyrics were written by Jules Bass.

The show centers around the ThunderCats, a group of heroic humanoid cats who, after the destruction of their home planet Thundera, are forced to look for a new home, which they find on Third Earth. However, they are closely pursued by their arch enemies, the Mutants, who seek to obtain the Eye of Thundera, the source of the ThunderCats' powers. In order to achieve their goal, the Mutants ally with an evil entity known as Mumm-Ra. The rest of the show focuses on the battle between the good ThunderCats and the evil Mutants and Mumm-Ra. 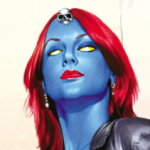